This week’s feature piece, titled “Evening Calm,” is the counterpart to David’s larger work, “Morning Calm.” While both rely heavily on the tonal mood of blues, “Evening Calm” and its inverse are two distinct pieces with energies that reflect the time of day they are capturing.

Where “Morning Calm” has the first light trying to push through clouds, “Evening Calm’s” light does not emanate from any point on the canvas. With the sun already settled beyond the horizon the light of the afterglow hangs onto the surface of the earth – as reluctant to leave as the world is to see it go. At least the part of the world that still takes notice. This is a strange miracle in itself: the rhythms of the universe are not dependent on an audience. Whether one billion people watch the last light fade into night or just one, the show goes on.

David is part of the minority who watch the show with regularity and appreciation. It’s almost understandable that so few still take time to bask in nature’s brilliance. The actors are the same. The sun, the moon, waves, trees and wind all play their parts with a rehearsed ease that makes it all too easy to overlook. Like anyone who truly appreciates a performance piece, however, David understands that each show is nuanced; unique. No two sunsets are alike. Spring does not bloom identical each year. The brush does not fall against the canvas in the same way twice. This truth, once realized, infuses the world with an undeniable, inexhaustible magic that leaves even the most calloused in wonder. 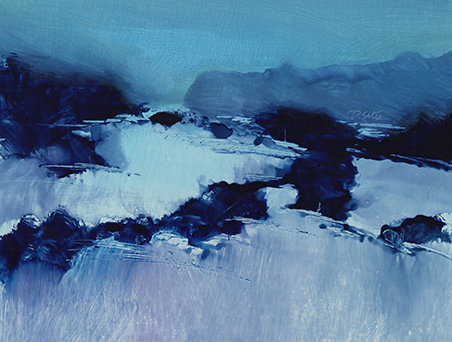